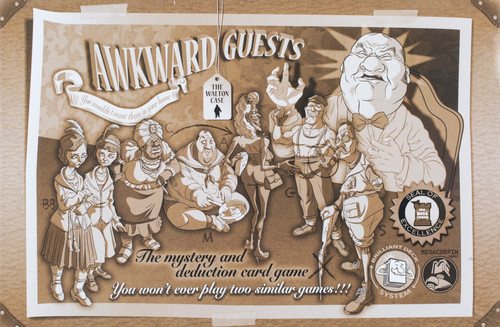 Mr Walton has been discovered murdered in the Study. You are sleuths trying to deduce the culprit(s), their motive and the murder method. Clues are gradually revealed during the game so sleuths can eliminate information from their enquiries. A brilliant bidding process at the end of every player's turn, which reduces player downtime, allows you to decide whether to keep the clues close to your chest or trade them with others players. Be the first sleuth to correctly identify all three elements of the crime to win the game. But beware! An incorrect prediction may eliminate you from taking any further part in the investigation.

The 250 clues in the deck allow for thousands of scenarios either 'out of the box' or via the app ensuring almost endless replayability.