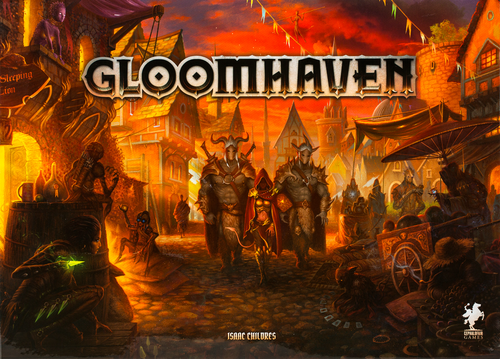 You don’t get to be the number one game on Board Game Geek by accident! Gloomhaven has held the spot pretty much since 2017 when it dethroned Pandemic Legacy Season 1.

Gloomhaven is a cooperative game of tactical combat in a unique, evolving fantasy world. Player’s will use their own unique skillsets to fight through a campaign of scenarios that reacts and changes based on the players’ actions. Using an innovative card system players will battle automated monsters and what everyone does on their turn. After each scenario collective decisions will need to be made in a ‘Choose Your Own Adventure’ book style.

Intended to be played over many game sessions, Gloomhaven will see you and your gaming buddies coming back to the table time after time.

Maracaibo.  In Maracaibo, players sail around the islands of Caribbean during the 17th century