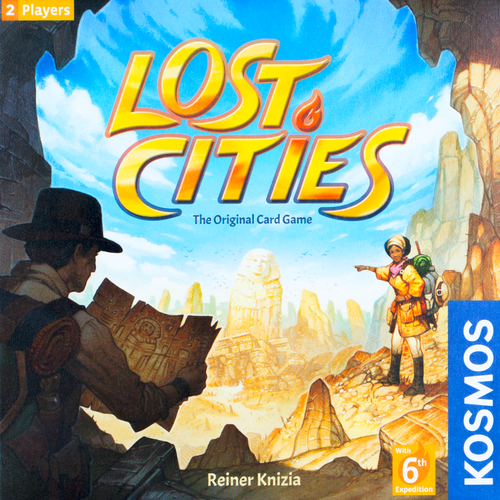 As a cartographer in the service of Queen Gimmax you are sent to map her territory in the northern lands. But despite the barren wilderness, you are not alone.
In Cartographers: A Roll Player tale, the four seasons will pass. During that time you will compete to earn the most reputation stars by reclaiming land from the Dragul. The Dragul’s outposts may hinder your attempts to gain the lands which Queen Gimmax prizes most. To reduce their control you must draw your lines carefully.

The player who will be declared the most illustrious cartographer in all the kingdom will be the one who restores the Queens lands to their former glory.

If you are looking for a quick game with plenty of choices and a splattering of strategy, maybe investigate this older game ahead of something shiny and new! - Read more at Board Game Review UK

Given the low price point and small box footprint, I think Lost Cities is a game that belongs in the collection of any family who regularly play games in pairs. Whether played between adults, or between a parent and child, Lost Cities is simple to learn, and has enough depth to keep anyone entertained. - Read more at Big Boss Battle