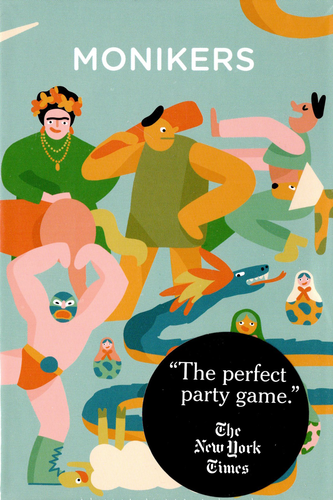 Monikers is a dumb party game that respects your intelligence. The rules are simple: get your firends to guess the name on a card. Each team has a minute to get through as many weird, funy and sometimes inappropriate names as they can!

In the first round you can say anything you want. In the second round, you can only use one word. And in the third, you can't say anything at all - just charades. The same cards are used each round, so by the end of the game, you've made up a bunch of hilarious jokes together!

TEAM3 Pink.  TEAM3 Pink is a fast and furious cooperative game where players must work together

The Crystal Maze Board Game

Don't Get Got (2021 Refreshed Edition).  Don’t Get Got is as much of a secret mission as a fun

20 Second Showdown (2021 Refresh).  Welcome to the ultimate showdown — your team vs their team