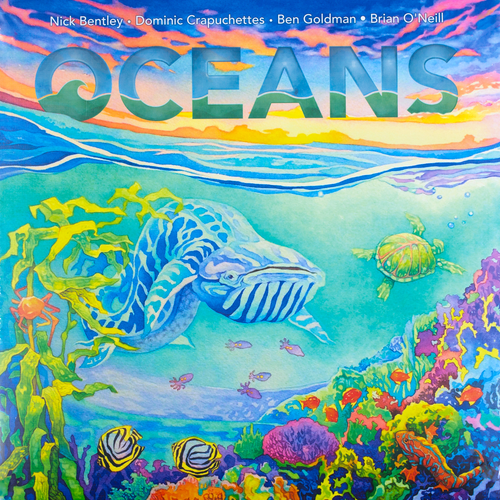 Enter an immense underwater cosmos. A mysterious world where you can create a vibrant web of marine life through millions of years of evolution. Oceans is a stunning stand-alone interactive engine builder game in the Evolution series.

Players will evolve their species in a continually changing ecosystem. Natural selection is at work. Each species is defined by its population. Some species will thrive and unfortunately some will go extinct. As the Oceans ecosystem grows, different species will interact in their own individual ways. Species can be built from any combination of traits with thousands of possible combinations.

With over a 100 stunning unique illustrations Oceans has a vivid theme with simple, intuitive rules. But under the surface you’ll discover layers of hidden tactics and strategies.

MegaCity Oceania.  Megacity: Oceania combines light strategy and dexterity in a game where you

Open Ocean.  As a budding marine biologist, you’ve traveled across the globe exploring the hidd