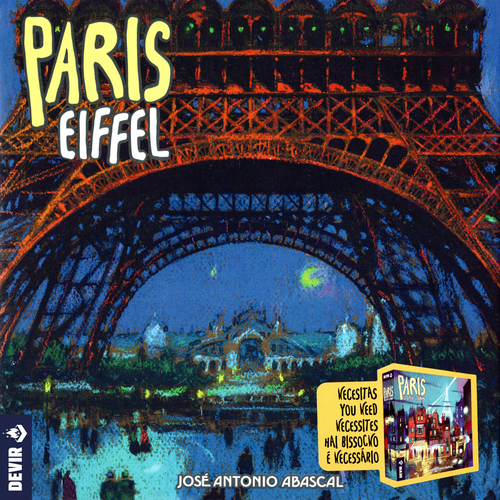 The tower built by architect Gustave Eiffel rises high above Paris, announcing the inauguration of the Universal Exposition. There are those who define it as a monstrous iron cyclops and others as the first step into modern architecture. There is no doubt it will leave very few indifferent.

Paris Eiffel is an expansion of Paris: La cité de la lumière. There are eight new action postcards that provide far more variability in the game. The postcards are accompanied by a series of die-cut figures that will add a spectacular third dimension to your Paris.

In this expansion you will visit Parisian marvels such as the Arc de Triomphe, the obelisk of Luxor, Louvre Museum, and naturally, the Eiffel Tower. All against the same beautifully illustrated backdrop created by Oriol Hernández.

Aqualin In this two player abstract strategy game Aqualin, players will be competing on a single gam

Fossilis You are a palaeontologist and the opportunity of a lifetime is here. The dig that you only

LUNA Capital.  The dream of maintaining human life on the surface of the moon has now come true