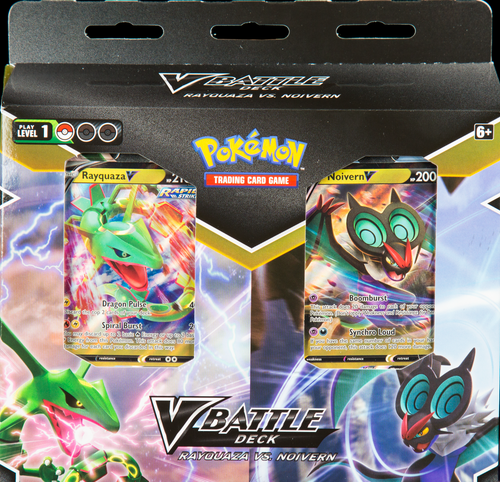 Get ready for an epic clash when one of the largest and most powerful Legendary Pokémon goes head to head with a hot-blooded rival known for its relentless pursuit of its prey. The ready-to-play deck bundle pits Rayquaza V against Noivern V, including everything players need to set the stage for an epic showdown. Choose either the Sky High Pokémon or the Sound Wave Pokémon to lead your team in a fierce battle against an opponent. Then, switch up the decks and see what things look like from the other side—can you win with both powerful Pokémon V?