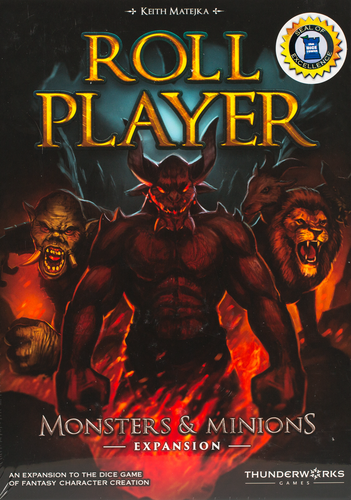 An abomination is terrorising villages throughout the kingdom, leaving behind a path of death and destruction. In this expansion to Roll Player, Monsters & Minions, players will not only compete to construct the greatest fantasy characters, but also gather information to prepare for a final showdown with a monstrous beast.

Victory in Roll Player: Monsters & Minions still revolves around their character’s reputation, but gathering information from the Monster’s Minions will help in the journey to get the most impressive reputation.

Note: the Roll Player base game is required to play this expansion.

Roll Player.  In Roll Player, you compete to create the greatest fantasy adventurer who has eve

Picture Perfect: The 5-6 Player Expansion.  The expansion contains enough material for a 5th an