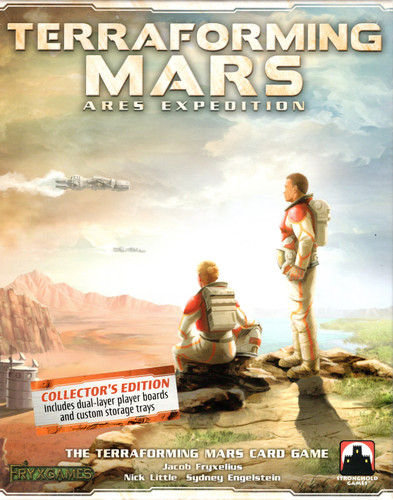 Terraforming Mars: Ares Expedition is an engine-building game in which players control interplanetary corporations with the goal of making Mars habitable (and profitable).

Published by Stronghold Games and Fryxgames

Terraforming Mars Mars offers a wealth of opportunity if it can be adapted to support human life. Co